I spent several months struggling with the idea of the headscarf, also known as hijab, once I got to Indonesia.  Coming here wasn’t my first encounter with hijab or burka but it was the first time that I’d considered the matter deeply enough to want to have an informed position on it.

About a year ago, I spent several weeks travelling in Africa, Europe and North America.  It was in Zanzibar that I first encountered Muslim women wearing burka and it was honestly a shock to me.  My main thought was, “It’s so hot!  How are they not passing out from heat stroke?”  Then a few weeks later, I was exposed again in Istanbul.  In both of these encounters, I imagine like most Western women, I decided that this was an obvious sign of male oppression, then I felt somewhat puzzled as to why these women willingly went along with it, then I dismissed it all from my mind.  Living in Indonesia, I’ve come face-to-face with headscarves, but this time on a daily basis instead of as a passing tourist.

Just so you know, hijab covers a woman’s hair, head, neck, shoulders and chest, leaving only her face exposed. Seeing as how I see hijab every single day, I started to suspect that my “male oppression” position was perhaps a little on the simplistic side, so I’ve been trying to get a balanced perspective on it.  In fact, I’ve become absolutely fascinated with hijab because after a few months of watching Indonesian women wear them, I  started to see beauty in it.  Like women the world over are wont to do, many of these women have made their headscarves fashionable, either in the colours and patterns that they choose to wear, or in how they wrap them.  I started wanting to go a little deeper.

As my fascination grew and my feelings on the issue became less clear to me, I decided that I needed to talk to a few hijab-wearing women in order to get some sort of understanding as to why they wear it.  It took a long while for those conversations to come about because I had to wait for these relationships to develop to a point where they could trust that I was asking about this issue not to be judgmental or offensive, but because I was genuinely curious and ignorant and wanted to enlighten myself.  Each one of them was so very gracious in allowing me to ask my questions; I say gracious because, as we all know, religion can be a very touchy subject.  But they let me ask anything that I wanted to (I still restrained myself quite a bit) and they answered me candidly.

So, after these conversations, each independent of the others, I think I’ve come to a rudimentary understanding of the purpose of hijab.  It’s basically to protect women from men’s lustful thoughts and potentially lustful actions.  So far, I haven’t gotten a satisfactory answer as to why men can’t control their own lustful thoughts and actions, and why it’s the women’s responsibility to control it for them through their dress.  But I suppose an argument can be made that it’s a fact of life that men are primarily visually stimulated, so covering up the parts of the woman’s body that are seen as the most lust-inducing is really a practical step for her own protection.  As Western women, this may seem odd to us because we have grown up in highly sexualised societies where we want to show off the goods to their best advantage, and it’s the man’s job to look and fantasize all he wants about our eye candy, but not to pass his place and actually touch the goods unless he’s invited to.  I have to say, I find beauty in the modesty that hijab represents.

In my very limited and admittedly short experience with hijab, there also seems to be another benefit.  Whenever we meet new people, we tend to judge and draw conclusions based on their appearance.  We also treat people differently based on their appearance.  We may be more friendly to people who we think are beautiful, for example.  There have been numerous studies showing that beautiful people are paid more and are apparently more successful in life.

But what is it that makes a woman beautiful?  In my opinion, it’s the total physical package (here in Indonesia, lightness of skin is also a big consideration of beauty), plus the accoutrement that we add, like jewelry.  And when a woman wears a headscarf, a good portion of her package is covered up.  This forces you to suspend judgement of the person until you actually know something about them that is not based on their physical presentation.  I can personally attest to this fact, since that’s been my experience over these past several months.  So I would say that’s a plus of hijab – a woman can actually be judged on her personality and abilities instead of on her looks.

“But how much different can she really look without it?” I hear you asking.  The answer is: very.   Don’t believe me?  Look.

What I normally look like – Western me, not Indonesian kampung-style me.  Cute, right? 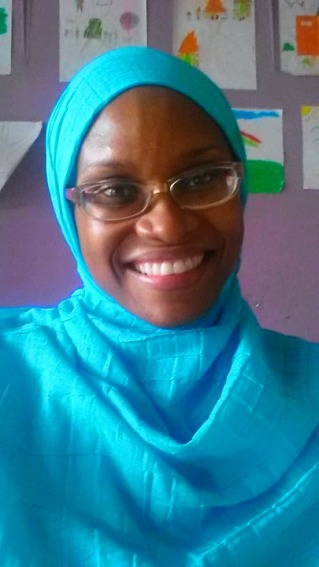 Not the best wrap job ever but you get the idea

Cover up my fiery hair, neck, chest and shoulders and remove the earrings and necklaces, and what do you get?  Just my face (also, my pearly whites – no way to hide those).  If you were seeing me for the first time and all you could see of me was this, what would you think?  Honestly, what would be your first thought?  I bet that for most people it wouldn’t be, “She’s cute” or “She’s beautiful” or “She’s hot.”

I remember the first time a hijab-wearing woman who I know removed her headscarf so that I could see her hair.  She looked like a different person with her hair, head and neck exposed.  I couldn’t believe the amount of hair and the cute haircut that her hijab was hiding.  I honestly may not have known her on the street without it.  She would have looked vaguely familiar but I’m not sure I would have been able to identify her right away.

So, at this point I would say that I still have no real, clear position on the headscarf, but then I don’t really have to.  I simply accept that it’s an integral part of the lives of a large percentage of the women in this world and, to me at least, many of them have made it something beautiful.