Just so you know, I’m about to get a little snarky.  I’m not going to try and find a lesson in all of this right now; I’m just straight up laying it out.  I’ll look for a lesson later.  Here we go…real talk time.

At this writing, I’ve been in Banda Aceh for less than 3 weeks.  In that time, I’ve kept you up to date on the significant things that I have experienced during that time.  Here’s a brief re-cap, with 1 new, hot-off-the-press development thrown in: 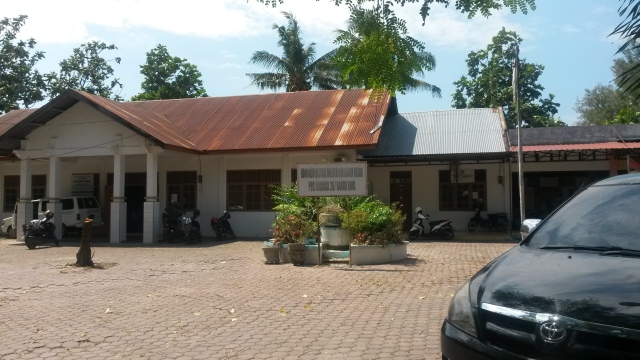 Needless to say, my mental side eye is getting quite a workout.

There are other things about this area that leave me severely underwhelmed – the food and the lack of global awareness – or even regional awareness – of the townsfolk screech directly to the forefront of my mind.  But it’s the corrupt officials that have me feeling so annoyed right now.  I just cannot see sense in this ridiculousness.  They know that we’re volunteers and that we are here to help their children.  Why would a sensible, thinking person purposefully persecute the people who are trying to help their children?  Their children, for goodness sake!  Are they so shortsighted that all they can see are the bule who must have lots of money?

The hypocrisy is absolutely unbelievable to me.  These people who demonstrate their morality so obviously and in so many ways (the loudspeaker calls to worship, the head scarves, the Sharia law) are so blatantly corrupt.  I can deal with a lot of things but this particular brand of crazy is far beyond me.  Apparently, anything even hinting at male/female interaction deserves severe punishment but extortion…that’s A-OK!  I’m left shaking my head in bemusement and not a little annoyance.

Sitting here writing this at the end of this crazy day, I’m not saying that I hate this region because I don’t.  But I am saying that if it were a person, I would cut it out of my life quick and fast.  Too much work and stress to maintain this one-sided relationship.